Skip to main content
FEB 2 February 2 is the date of our next live Information Session! Register Now 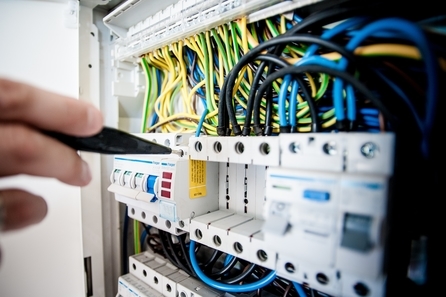 If you’ve bought a computer in the past few years, you may have noticed the difference in speed between that one and your last computer wasn’t as pronounced as it might have been in the past. Computational devices have evolved more quickly and at greater scale than even some of the foremost experts in computer science and engineering could have anticipated. As a result, even some of the staple concepts like Moore’s Law — which states the number of transistors on a microchip would double every year — no longer apply to modern technology.

The challenge of answering questions about where computing and electrical devices go next often falls across the domains of electrical engineering, computer engineering and computer science. These fields complement and challenge each other to advance faster — after all, when software demands more processing power, engineers have to find unique ways of building devices that can run more sophisticated applications.

This article will focus primarily on the differences between computer science and electrical engineering; however, computer engineering is often where these two disciplines intersect, since computer engineers are focused on designing hardware for computers and embedded computing devices.

As a result, the coursework in electrical engineering and computer science master’s programs are designed to build different skill sets. Here is a brief summary:

Every powerful software application needs comparably powerful hardware to run, and today’s technology also relies on a complex array of networks and infrastructure that must all work seamlessly together. If you’re interested in solving problems like how to effectively transfer huge volumes of data over vast distances or how to design communications networks optimized for innovations like 5G, the field of electrical engineering has a wide range of opportunities.

While there are some foundational knowledge areas — such as the applications of random processes, an understanding of signals and linear systems theory — electrical engineering is an incredibly broad field. In fact, several of the most common career paths for electrical engineers with master’s degrees overlap with the computer science and computer engineering fields, including software engineering and embedded systems. As a result, master’s in electrical engineering programs vary significantly based on their focus areas and specializations. Finding the right program for you is often about making sure the curriculum aligns with your career interests.

For example, The George Washington University’s online Master’s in electrical engineering program explores foundational concepts like those listed above while offering specialized coursework in two key areas: power and energy, and communications and networks.

This enables our students to gain key electrical engineering skills in areas that are expected to evolve considerably over the next several years and create demand for expert engineers. In communications, for example, new types of networks optimized for smart homes, as well as continued evolutions in mobile networks (i.e., 5G) are pushing for professionals with an in-depth understanding of wireless communications systems, cloud computing and communications architectures as well as fundamentals like circuit design and analysis.

Electrical design engineers are often at the forefront of new technology. They are responsible for developing specifications and layouts for electrical devices and systems. They may optimize the structure of an electrical device before it is manufactured or conceptualize entirely new designs. These engineers are in especially high-demand in the energy and utilities sector, where innovations in renewable energy are challenging engineers to identify the most effective methods for distributing distributing power while ensuring reliability and resiliency of the power delivery system.

These professionals need to have a variety of skills. Their work can be highly conceptual, requiring creativity and imagination in addition to an in-depth understanding of electrical engineering principles. They must also be highly analytical and detail-oriented, with the ability to test and optimize systems for efficiency.

According to PayScale, two of the other most common areas for electrical design engineers include the semiconductor and electronics manufacturing industries. In the former, they’re commonly responsible for developing new designs for semiconductors that take advantage of the latest technology (e.g., new materials that allow for higher capacity). In electronics manufacturing, they may be at the cutting edge of designing new products, or improving the design of existing electronics.

Many M.S. in Electrical Engineering students come from strong math and science backgrounds, including those with engineering and computer science undergraduate degrees. For example, GW’s admission requirements for the master’s in electrical engineering program include:

Visit our admissions page to learn more about the admissions requirements for the online Master of Science in Electrical Engineering.

Similarly to electrical engineering, computer science encompasses a broad range of disciplines, from artificial intelligence to cloud computing. In general, master’s in computer science programs will be more focused on the software layer of technology, with core courses in one or more programming languages, algorithms, networking, software engineering, data structures and storage.

Although specific areas of computer science such as machine learning and artificial intelligence get considerable media attention for being fields filled with innovation, there are challenges associated with these technologies — facing both professionals entering the field and those who are advanced practitioners. For example, in one industry survey, 80 percent of respondents said their machine learning projects had stalled, largely due to problems with training data.

As a result of challenges like those associated with machine learning, many master’s in computer science programs are designed to build expertise in fundamentals like programming as well as the structure of data and databases, covering topics such as data governance, data cleansing and other data management techniques.

The requirements for entering a master’s in computer science program can vary depending on the specializations offered. However, students should have either undergraduate or professional experience with at least one programming language and be proficient in math at the calculus level or higher. For example, the admission requirements for GW’s Master of Science in Computer Science program are:

What Can You Do With a Master’s in Computer Science?

According to PayScale, the top M.S. in Computer Science careers are in software engineering and development. Computer science offers a variety of opportunities to push technology forward, whether considering fields like video game development or cutting-edge innovations in artificial intelligence.

One of the challenges associated with these fields is how quickly the key skills required for earning competitive salaries can shift. For example, in the 2017 StackOverflow Developer Survey, Perl was one of the top-five paying programming languages in the United States. However, in the 2019 version of the survey, it was not included in the list of the top 25, highlighting how quickly the most in-demand skills in computer science can evolve.

Many of the advanced computer science career paths have more opportunities for professionals with education above the master’s level. For example, in the Burtch Works 2018 Data Scientist Salary Survey, data scientists with a Ph.D. earned 8 percent to 10 percent more than those with a master’s in every job category, and data science showed a much higher earning potential than careers in related fields, such as predictive analytics. The full report indicated that 47% of data scientists held a Ph.D.

Can You Get a Master’s in Electrical Engineering with a Bachelor’s in computer Science?

For some specializations within electrical engineering, having a computer science background can be highly beneficial. For example, students with an understanding of the fundamentals of software have a strong foundation for building their expertise in power and energy control systems. Similarly, communications-focused engineers can benefit from a computer science background when it comes to developing analytical models for assessing and optimizing network efficiency.

As you’re considering master’s programs in electrical engineering, consider all aspects of the degree, from the admissions requirements to the curriculum and specializations offered, to get an idea of whether a computer science undergraduate degree may help to position you for success.

At GW, we evaluate the entirety of an applicant’s background and interests, and we encourage students with a computer science undergraduate degree to apply.

Paving the Way for the Next Generation of Technology

Electrical engineers will be critical in solving some of the most pressing challenges associated with the next generation of technology. In communications, the volume and variety of data being transferred is growing at an exponential rate—technology trends like the Internet of Things have led to far more internet-connected devices than ever before, and advancements in 4K video as well as augmented and virtual reality mean there are entirely new media types being transmitted over our networks.

As the communications industry explores using a wider range of bandwidths for transmitting data, even older challenges, like air interference and network overcrowding become more complex. Additional challenges, such as how to optimize a network for short-range, high-bandwidth wavelengths will also come to the fore as our networks leverage a wider variety of wireless communications technologies.

While the technologies change, many of the underlying principles driving their evolution remain the same. As a result, many of the core electrical engineering skills that help electrical engineers succeed today will continue to be beneficial long into the future. Furthermore, as electronics become integrated into nearly all aspects of daily life, there will be continued demand for the people who can optimize and build networks, power and control systems and other critical infrastructure to ensure these devices run optimally.

George Washington University offers a comprehensive selection of online master’s in engineering programs. The programs are designed with the same curriculum as the on-campus degrees and with a focus on positioning graduates for career advancement. GW offers the following programs in a 100% online format:

To learn more about GW’s online Master of Science in engineering programs and download a free brochure, fill out the fields below. If you have any additional questions, please call (877) 221-9868 to speak to an admissions counselor.

* All Fields are Required. Your Privacy is Protected.
Are you enrolling from outside the U.S.? Click Here.
Engineering Management vs. Systems Engineering: What’s the Difference? → ← Careers with an MS in Systems Engineering
FEB
2 February 2 is the date of our next live Information Session! Register Now
Request Information Apply Now Live Chat